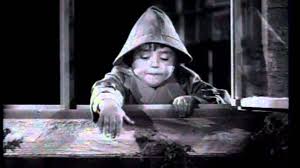 The Little Rascals is the television title given to the Our Gang two-reel comedies produced by Hal Roach in the ’20s and ’30s. While he’d always wanted to make a series of comedies with children, Roach was not fond of cutesy “professional kids.” He hit upon the Our Gang notion one morning in 1922 while watching a bunch of kids arguing over a piece of wood. The thought struck him that if he was fascinated with children behaving like real kids rather than miniature adults, audiences would be equally fascinated. The first film in the series, Our Gang, was lensed in 1922: The first of the group were African-American child actor Sunshine Sammy Morrison (already a popular Hal Roach contractee) and white kids Jackie Condon, Peggy Cartwright, Mickey Daniels, and Mary Kornman. Before 1923 was half over, two more early Our Gang stalwarts, fat Joe Cobb and black infant Allen “Farina” Hoskins, were added to the fold, as was the group’s resident bull terrier, Pete the Pup. Under the supervision of Robert McGowan, 88 silent Our Gang two-reelers were produced, all greeted with squeals of delight by young and old moviegoers alike. The series had no trouble making the transition to sound in 1929: 58 more two-reelers and 22 one-reelers would emerge from the Roach fun factory before 1938. Given the fact that a “Ganger” was pretty much washed up by 12, there was quite a turnover in personnel. A handful of the Hal Roach kids went on to substantial adult careers, notably Jackie Cooper and Johnny Downs; for most of the Gangers, however, their fame rested almost entirely on their participation in the series. The best-known members of the troupe during the Roach days (in addition to those already mentioned) were George “Spanky” McFarland, Carl “Alfalfa” Switzer, Mathew “Stymie” Beard, Billie “Buckwheat” Thomas, Eugene Gordon “Porky” Lee, Tommy “Butch” Bond, Darla Hood, Mary Ann Jackson, Bobby “Wheezer” Hutchins, Norman “Chubby” Chaney, Darwood “Waldo” Kaye, Dickie Moore, Scotty Beckett and Wally Albright. In 1936, Roach cast the Gang in a feature film, General Spanky, which opened to general indifference. Having converted his studio to a feature-film factory by 1936, Roach was considering dropping Our Gang as he had his Laurel and Hardy and Charley Chase two-reelers, but was prevented from doing so by Louis B. Mayer. Mayer, the head of MGM (which distributed the Roach product), was crazy about the series, so Roach agreed to continue, albeit economically cutting back the running time of each short from two reels to one. In 1938, Roach sold the entire Our Gang package directly to MGM, which continued churning out Our Gang one-reelers until 1944. The MGM shorts were by and large pale shadows of the best Roach films; while the Roach shorts had concentrated on the sort of adventures an average healthy kid could get into (with a bit of poetic license to allow for slapstick and funny dialogue), the MGMs became insipid 10-minute morality plays dealing with everything from traffic safety to wartime conservation. In addition, the children began acting unnaturally, over-emphasizing their lines and mugging atrociously to the camera. As Spanky, Alfalfa and the other veterans outgrew the series, MGM started hiring as unappealing a troupe of urchins as has ever been seen in films, including Billy “Froggy” Laughlin and Janet Burston. Worst of all was whiny little Mickey Gubitosi — who (much to the amazement of those who’d suffered his “Gang”

America On Coffee is a blogging network dedicated to the preservation of the U.S.A.'s culture, heritage and traditions. We are Christian bloggers and, the simple things in life are what we share best. Great coffee, wholesome people, make it all the better. AmericaOnCoffee (AOC) authors its 'owned', shared works.  Shares that are not noted as “owned” by (AOC),  DO NOT belong to (AOC) BUT belong to their rightful owners. A continuous special thanks to our anonymous sponsors and to our contributors. As we support the homeless, missing and the exploited 100%, your generous support of any dollar amount will be greatly appreciated. Click the following link: https://tinyurl.com/4z5jf9na View all posts by Americaoncoffee